We care about biodiversity 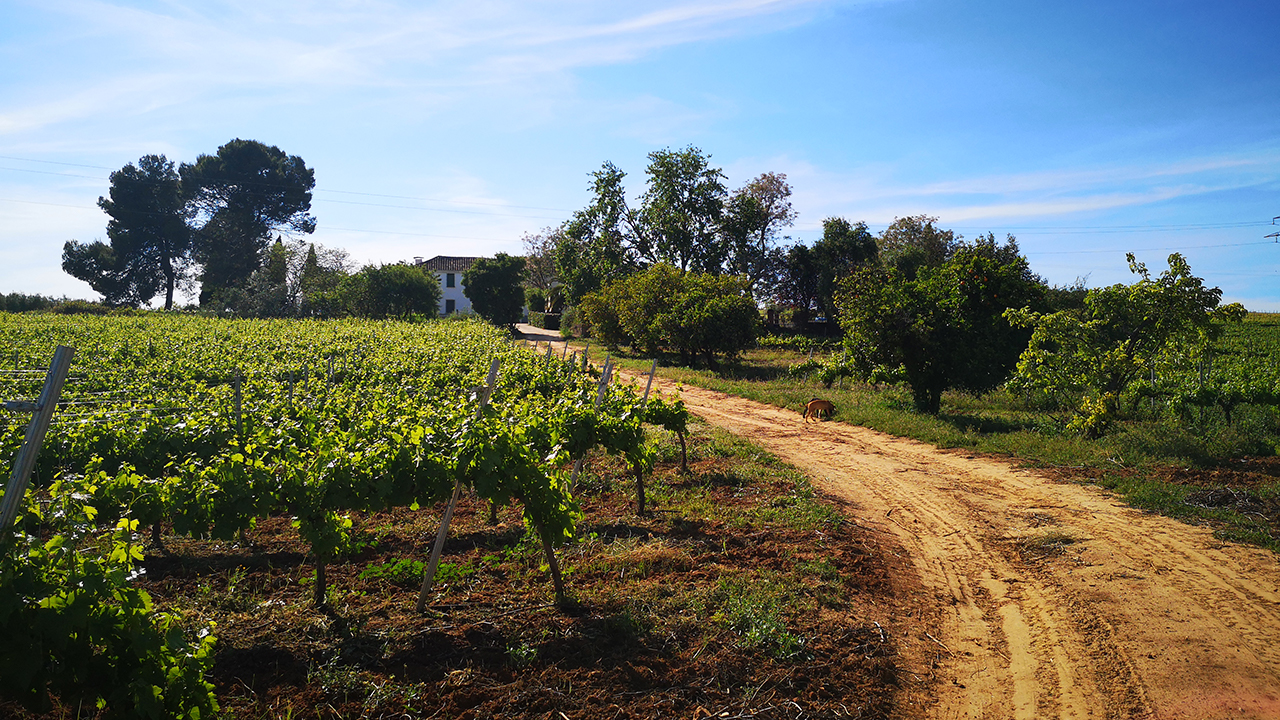 We would like to tell you that we are collaborating with the European project “SECBIVIT”, which is taking place in Spain, France, Germany, Austria and Romania, five of the main wine growing regions in Europe. The SECBIVIT project investigates the effects of soil management on vine rows, the intensity of pest control in vineyards as well as the conservation of biodiversity and the provision of ecosystem services.

Our winery is characterized by our concern for the impact that the agronomic management of the vineyard can have on our environment. This is a great opportunity to learn more, and above all to know where we are starting from and what possible tools we could use to promote biodiversity in the soils and the environment of our vineyard. That is, we want there to be many insects, birds, reptiles, microorganisms,… or as we call them “bugs”, living freely and in harmony. In addition, we all benefit, because the environment becomes healthier and we obtain delicious grapes, et voilá! a Dulas that will make us cry twice.

The SECBIVIT project has several stages, some focused on holding interviews with winegrowers to learn about their cultivation practices, pesticide use and their awareness of biodiversity, as well as other stages focused on the study of biodiversity through sampling in the vineyard itself.

I’m sure you’re wondering, is biodiversity really important, and how do they measure and analyze it?

The field study stage is carried out by the Plant-Soil Relations Group of the Zaidín Experimental Station in Granada (EEZ-CSIC) in collaboration with the other researchers from the countries participating in the project. During this stage they will take multiple data in the vineyard that they will later analyze, according to a previously established plan. On the one hand, they will study the biodiversity of arthropods and birds in the vineyard, that is, the animals that live on the vegetation cover of the soil, the aerial part of the vine and in the vineyard environment itself. They will also analyze the interaction with the cultivation practices carried out, such as plant cover and the non-use of herbicides and insecticides, as well as the natural control of pests thanks to the promotion of auxiliary insect populations in the vineyard.

On the other hand, they will study below-ground biodiversity and soil carbon sequestration and how cultivation practices influence it. There is a complex cycle between microfauna (nematodes), mesofauna (mites, springtails, etc.), macrofauna (earthworms, centipedes, etc.), megafauna (mice, reptiles, rabbits, etc.) and microorganisms living in the soil and in this fauna. This biodiversity plays a very important role in the vineyard ecosystem as a whole and intervenes in natural soil processes such as the nitrogen cycle and the carbon cycle, in turn influencing plant protection and production.

You are probably wondering that all this complex study will generate a lot of data on the biodiversity of different areas, once analyzed and sorted, but what will they do with all this information?

They will model the ecosystems studied, i.e., all these data will make it possible to build a biodiversity map on a European scale and on the scale of the vineyard itself. This work will be presented and provided to winegrowers so that we will be able to know how all the beings that inhabit our vineyards work and how our activity and way of working in them affects them.

If you want to know more about the project, visit their website at http://www.secbivit.boku.ac.at/